THE ROLE OF THE ARMY IN ZIMBABWEAN POLITICS 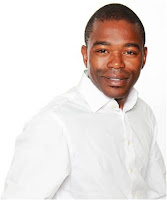 THE role of the military has risen to the top of the political agenda as Zimbabwe’s fractious coalition debates the prospect of fresh elections in 2013 or, if President Robert Mugabe has his way, before then. The question haunting members of the MDC, the opposition party that joined Mugabe’s Zanu PF in a coalition government after violently disputed elections in 2008, is how the security establishment will react if the MDC leader, Morgan Tsvangirai, the prime minister, wins and becomes commander-in-chief.
Serving and former commanders have been making menacing comments. Brigadier General Douglas Nyikayaramba, a commander in the national army, once accused Tsvangirai of being a “national security threat” and stooge of Western powers. He added in comments to the Herald, the state newspaper, that: “We will die for him (Mugabe) to make sure he remains in power.”
Although many observers suggest such bellicose statements are posturing and that even Zanu PF has distanced itself from his statement, the brigadier’s views are not unique among the security establishment, which has benefited most from the continuation of Mugabe’s 33-years in power. Asher Walter Tapfumaneyi, a retired brigadier general who is principal director in the Ministry of State for Presidential Affairs, told the Financial Times that an MDC victory could “mean from the extreme either the military could stage a coup or Zimbabwe could go to war”. “The MDC mistrusts the military and we, to the last man, particularly the (liberation) war generation, we mistrust the MDC completely,” he said. “The leading establishment in the military is from the liberation struggle, we have grown up (with) and were groomed by Zanu-PF, and it’s what we are. The MDC represents a threat to everything we represent”. Fighting talk of this kind has highlighted the need for the MDC to push through security sector reform before envisaging fresh elections. But the party remains in a weak position to get its way.

During 2008 polls, military units were allegedly involved in the violence. The bloodshed caused Tsvangirai to opt out of a presidential run-off and ultimately join the government in which Zanu-PF retains control of the security apparatus. The country has enjoyed relative stability since then, with the economy tentatively recovering after a disastrous era of hyper-inflation. But there have been reports of fresh military deployment in rural areas, which Zanu PF opponents describe as a pre-election strategy of intimidation. Zanu PF officials dismiss the allegations, while insisting that security reform will not be on the agenda.

Against this backdrop, political tensions have been on the rise. Analysts say that even if the MDC wins most votes at the ballot box, it has few levers of power to ensure results would be respected as long as the security agencies are aligned to Mugabe. “In the last 10 years in particular the foundation of the Zimbabwe state has been patronage and violence, or the threat of it, and the main beneficiary is the military hierarchy,” said Ibbo Mandaza, a former stalwart of Zanu PF who now heads the Sapes Trust think-tank. “It started to change in the last few years, let’s say 2002, and it’s more blatant since the flawed election of 2008.”

Tendai Biti, the Finance minister and prominent MDC member, takes it a step further, claiming the military has anointed itself in the role of kingmaker. The MDC appears to have put its faith in Sadc, the regional bloc led by South Africa that brokered the coalition deal and is monitoring the political process. Once seen as a weak body that lent support to Mugabe’s rule, it has toughened its language this year. Coups are out of fashion in sub-Saharan Africa and have led to other countries, including Madagascar, in the Sadc block being ostracized.
Soldiers have been accused of playing a partisan role in elections, with an unambiguous support for Zanu PF which goes against the Defence Act, the law that provides for the administration, duties and training of the armed forces. The Zimbabwe Defence Force (ZDF)  mission and vision clearly spells out what the army and other armed forces seek to achieve. This includes ensuring the protection and security of Zimbabwe’s territorial integrity and independence. Another objective of the ZDF is to provide military aid to civil power and civil authorities in Zimbabwe as well as support and promote Zimbabwe’s economic, political and social interests.
ZDF also seeks to fulfill international obligations and responsibilities with regard to international treaties with other states in the field of support operations, collective security, confidence and security building measures and humanitarian relief activities. There is no mention of partisan participation in elections and other political processes in either the Defence Act or the ZDF vision and mission statements. However, while on paper there is no room for the military in the elections, the reality is that they have been playing an active role.
Soldiers’ participation in elections, especially after 2000, has seen political parties attempting to reform the security sector but this has so far been a mirage and the possibility of another plebiscite mid-this year reopens the debate on what role the armed men and women play in our stuttering democracy. University of Zimbabwe political science professor Eldred Masunungure said the participation of the soldiers in elections was improper and highly irregular in a Western liberal democratic sense. “The presence of the military is a common occurrence in the former Union of Soviet Socialist Republics, China and Cuba,” Masunungure said. “It is inconsistent with liberal democratic systems where there is a clear separation of the military and the civilian authority.”He added that: “While the military itself is a political institution, they should not be involved in partisan politics but should be subordinate to the civilian authority that comes into power as a result of the electoral process.”
Masunungure said the genesis of the problem in Zimbabwe was that the country used a hybrid system that blended the British heritage and the Chinese model (where the military plays a role). “In the latter model, the army, state and partisan politics are one and the same thing,” Masunungure added. “Our situation is also a result of the legacy of the liberation struggle where the military and the political wing were one and the same thing especially in Dare reChimurenga (war council).”During the liberation war, the military/ political dichotomy was very blurred as the logic of the situation required a merging of both for the effective execution of the war.
Military personnel in the then Zimbabwe African National Liberation Army (Zanla) were unambiguous in their mobilization of the people as there was a political commissar responsible for keeping the morale of the fighters high as well as political orientation of the “masses”, deployed at every level. Zanla combatants were deployed in sections (8-10 fighters), platoons (up to 30 guerillas), companies (about 100 soldiers) and detachments (comprising 3 companies) and there was a political commissar at each of these levels.

Political commissars were men and women who had received basic military training before specializing in political orientation and this method of mobilization could have been continued in post-colonial Zimbabwe. Another analyst and University of Zimbabwe researcher Sibanengi Ncube said the laws were clear that it was the police force which was supposed to play an active part and not any other security department.
“While the police force can seek assistance from the military in serious situations, I do not think there has been a need to have the military personnel in elections,” said Ncube. Whereas there have been cases of violence in elections, it has been argued that the state played a very significant part and soldiers have been accused of terrorizing people in high density suburbs.  One way of ensuring that the military men and women remained within the barracks was the stalled security sector reforms. However, in the absence of these reforms, there has to be reorganization of the forces. An analyst based in South Africa, Sabelo Gatsheni-Ndlovu said the ZDF must remain non-partisan and professional. “This means that as an organized force it must not favour or support any political party,” said Gatsheni -Ndlovu. “Election time is a sensitive moment and the military must only be on guard to defend the state and the people during this time without necessarily embroiling themselves in running of elections and prescribing who should run the country.”
Gatsheni–Ndlovu said the main problem was that the top brass of our military remained in the hands of ex-guerrillas “who throughout the liberation struggle were organized as armed mini-politicians who organized pungwes (night vigils) and mobilized people on behalf of Zapu and Zanu.” He added that the mere fact that post-colonial Zimbabwe saw a brigade deployed to quell dissident activities ending up killing civilians was a sign that the military played a very significant role.
Stanley Mauro Jensen

Popular posts from this blog 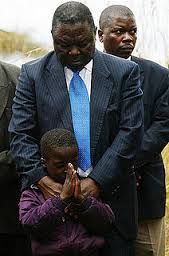 If all Zimbabweans had this view of Tsvangirai, ZANU PF should be ashamed to wish destruction to such an individual! If as a counry are ready to pursecute such a man, then as a nation we have failed!
Read more

August 01, 2016
POLITICAL SITUATION IN ZIMBABWE: CAUSES OF ZIMBABWE'S ECONOMIC PROBLEMS : Mugabe,'s own history and actions attest to a schizophrenic personality, posturing as a Marxist revolutionary, sometimes by only wear...
Read more

April 30, 2013
POLITICAL SITUATION IN ZIMBABWE: ROADMAP FIRST BEFORE ELECTION-PM : Tsvangirai said polls would only be held when the elections roadmap has been fully implemented. He also said he would launch a diplomatic o...
Read more